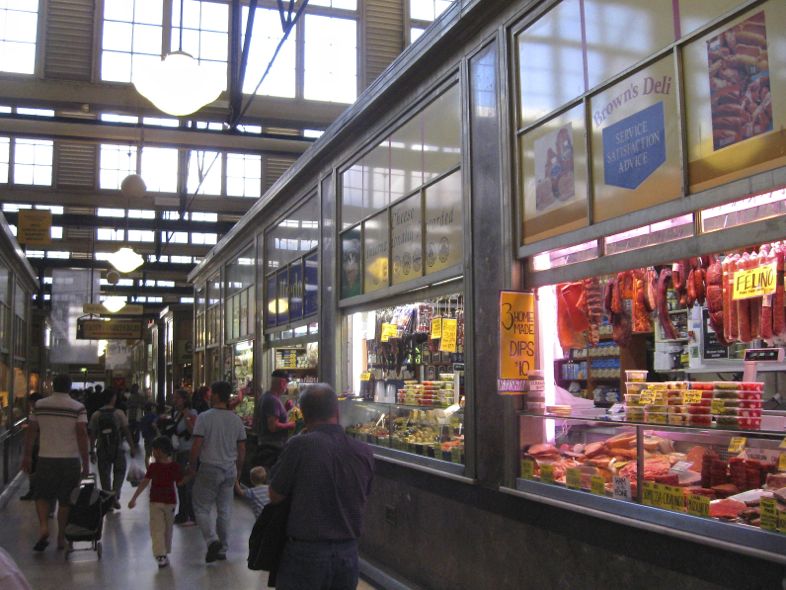 Coventry’s is a large site which was once an industrial something-or-other.

They have lots of branches around.

I’m not really sure what they do.

Anyway, they decided they didn’t need this site anymore so they sold it.

The new owner said they wanted to create an indoor market. Ok, then.

To set the standard and to prevent headaches with quality-control the landlord said he would provide high-quality shop counters, side by side. The inspiration was Victoria Markets in Melbourne, Australia, like this:

Above and below: Queen Victoria Markets, corner of Elizabeth and Victoria Streets, Melbourne City Centre, Australia. 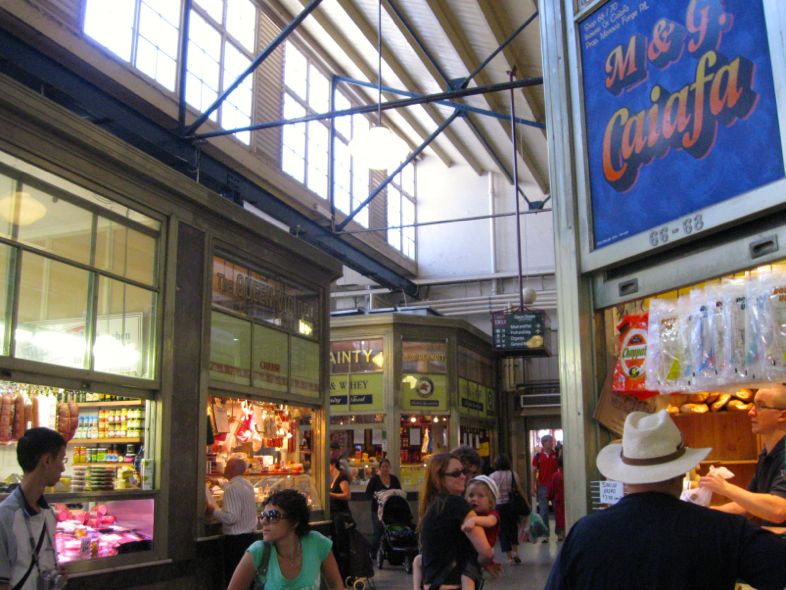 The landlord told me he wanted 30 butchers, 15 cheese guys and about as many fruity ones. Sounds delicious.

So, let’s go check it out. It’s been five years and I’ve never seen it.

The centre faces the main road – Walter Road West – and there are some nice curly bits. Gutsy. They can’t have been cheap. 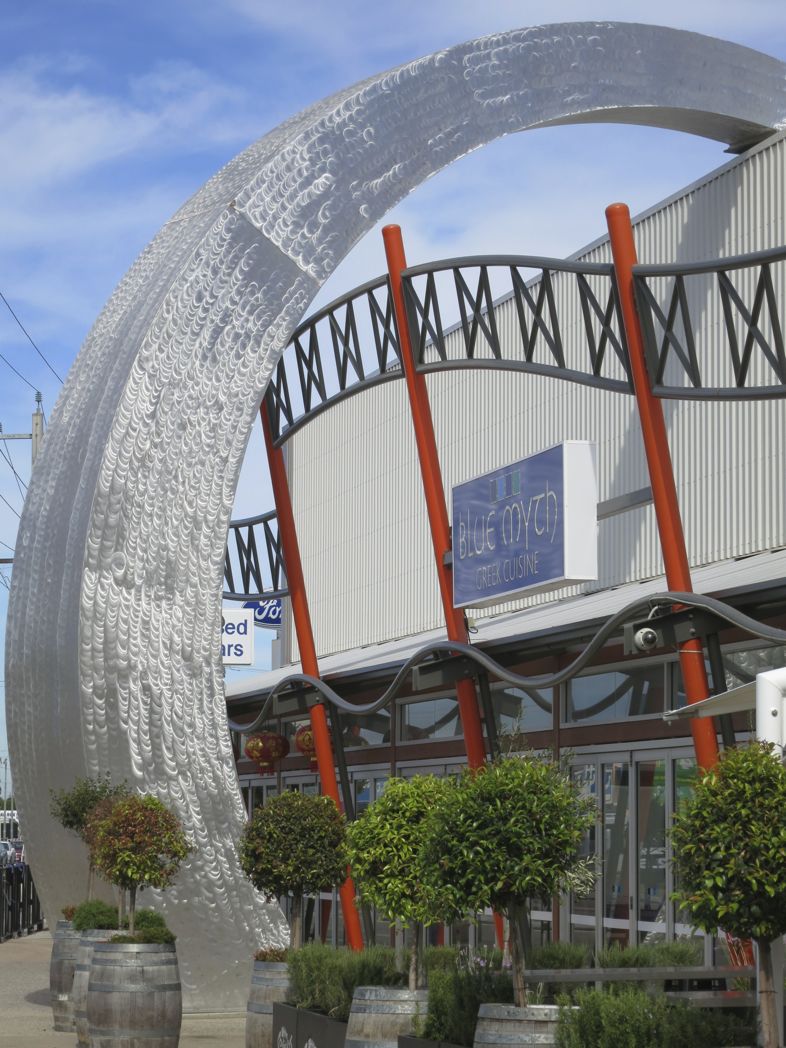 But, really, the main entry is at the rear. You have to drive down a new road to get to the rear of the property and the market’s entrance.

Wow, it’s in a sea of enormous.

The lane is kissed by a big, warehouse wall and at the back is a huge carpark.

Not much ‘markets’ yet. 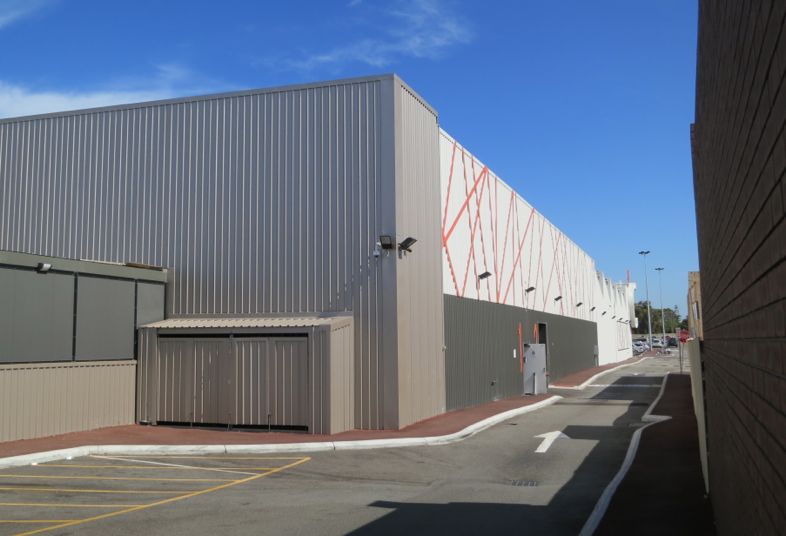 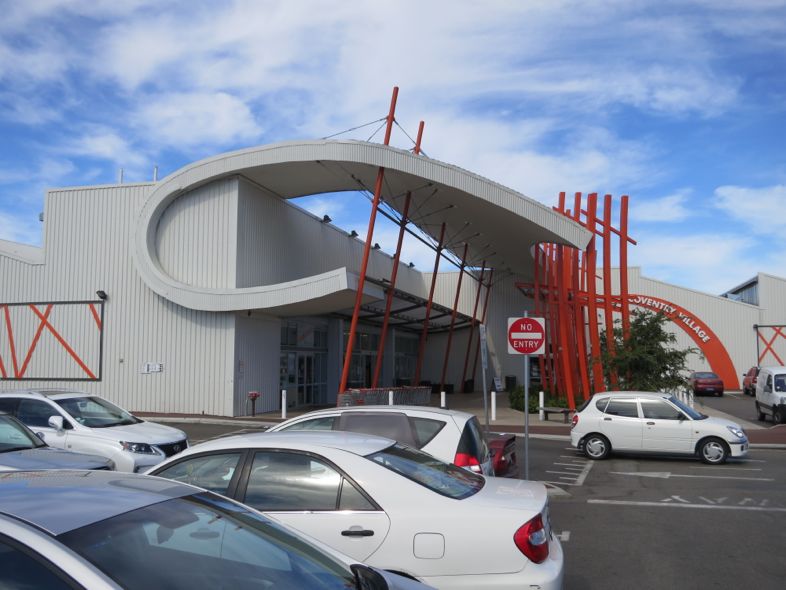 The grand entry is not so grand. That’s bad. Let’s show off a little and seduce our audience. 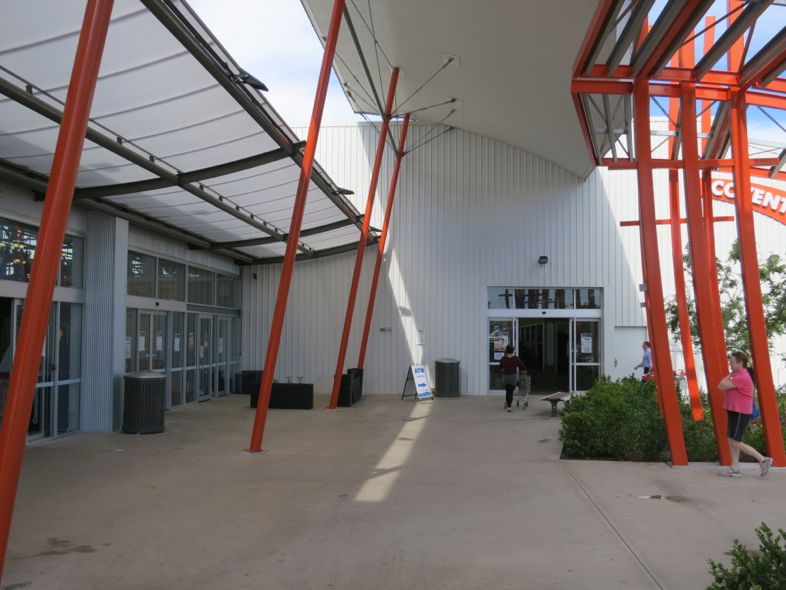 I didn’t see any door counters on the inside. Naughty. 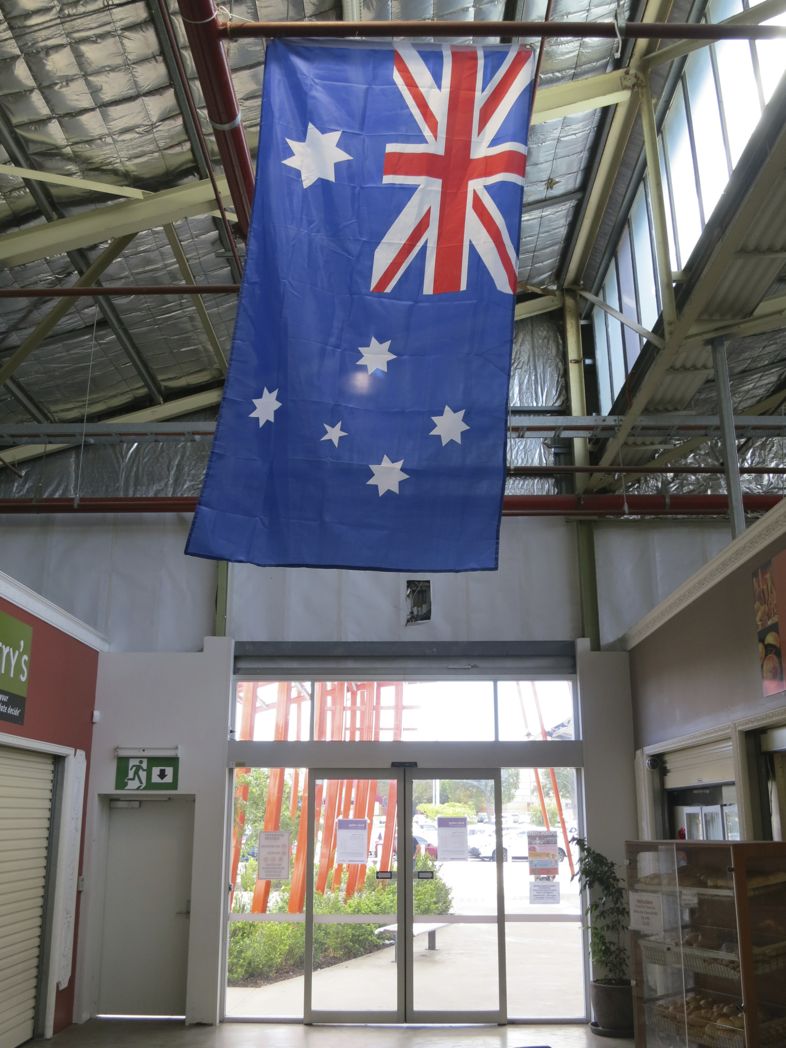 The grocer. I checked it out but the prices are more expensive than Galati’s. 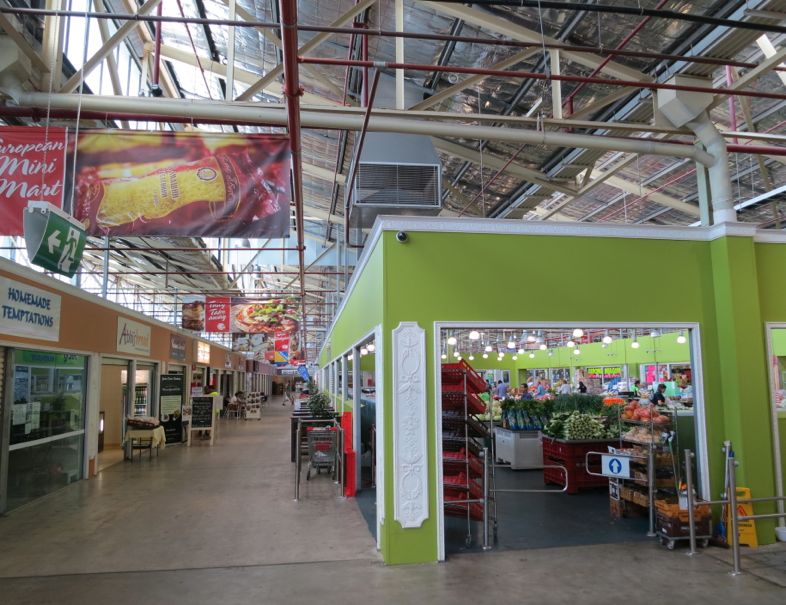 The shops are panel boards set up in rows. And the street names are a great touch. 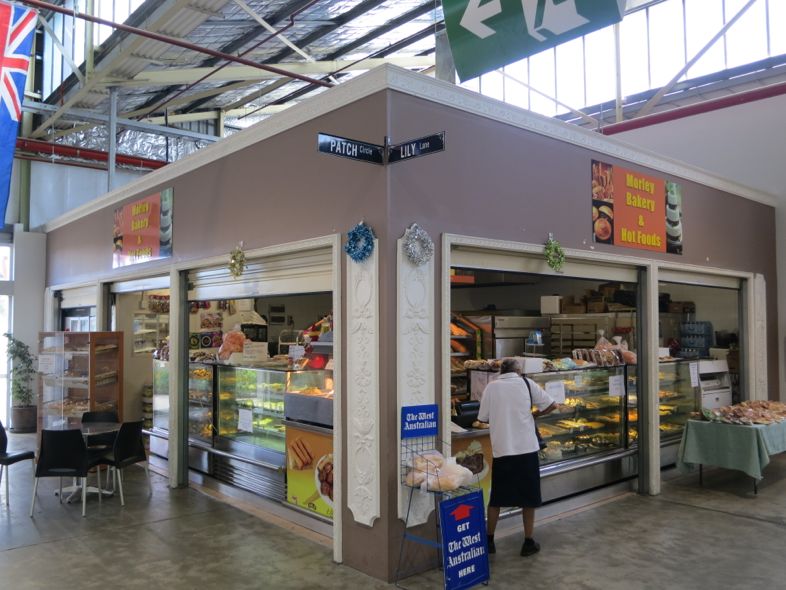 I thought it was a suggestion board at first, but a retailer has cut out their Facebook reviews, laminated them, and posted them outside their shop. Good. 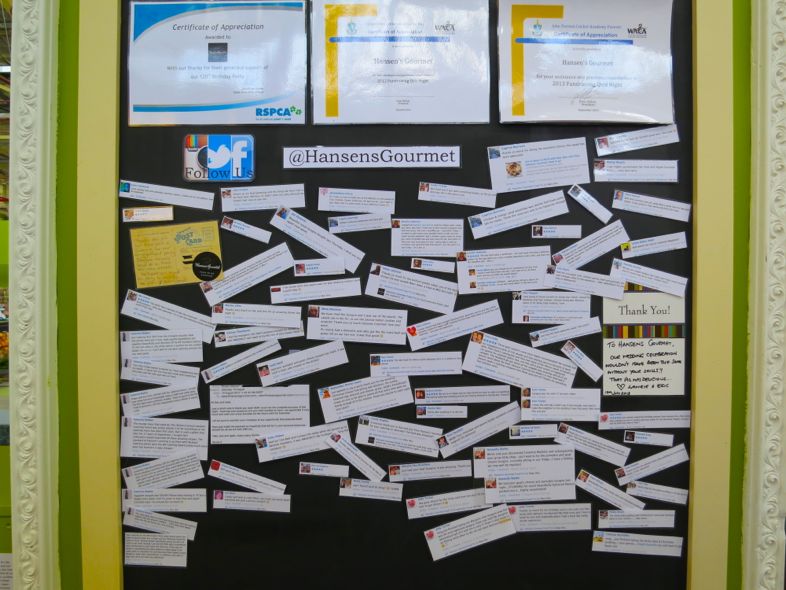 The height is jolly impressive. Without height, spaces suck. Whether this building has a preservation order on it or not I don’t know (I doubt it), but you can see how the saw-tooth pattern of the roof allows for large glass panels to let in light. 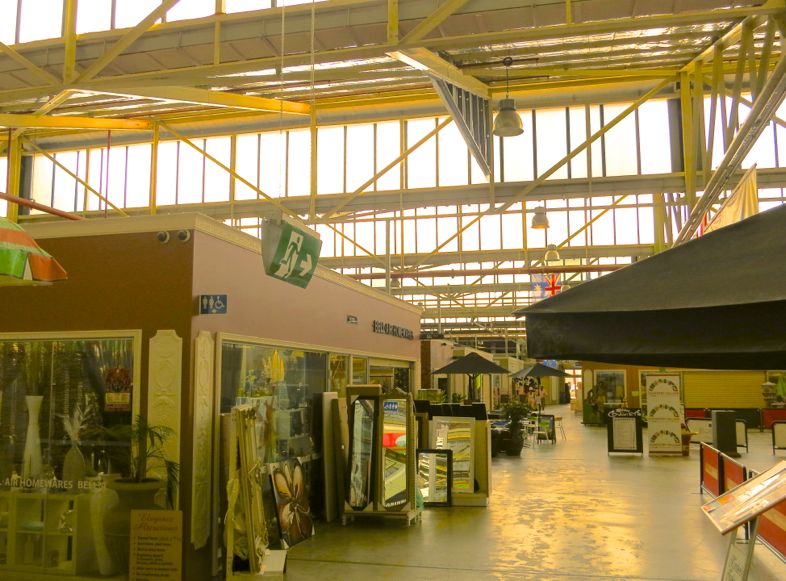 I only saw one plant indoors and rushed up to greet it. Plastic. Mmm … 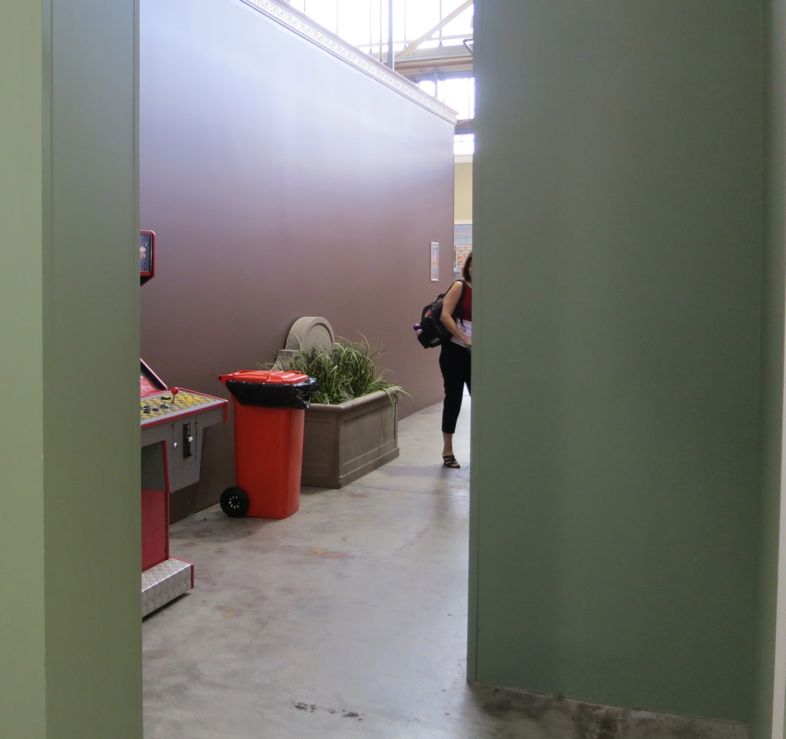 The doorways and shopfronts have mouldings to add to the building’s impression. They are made of a composite plastic, it seems. No shame in that. 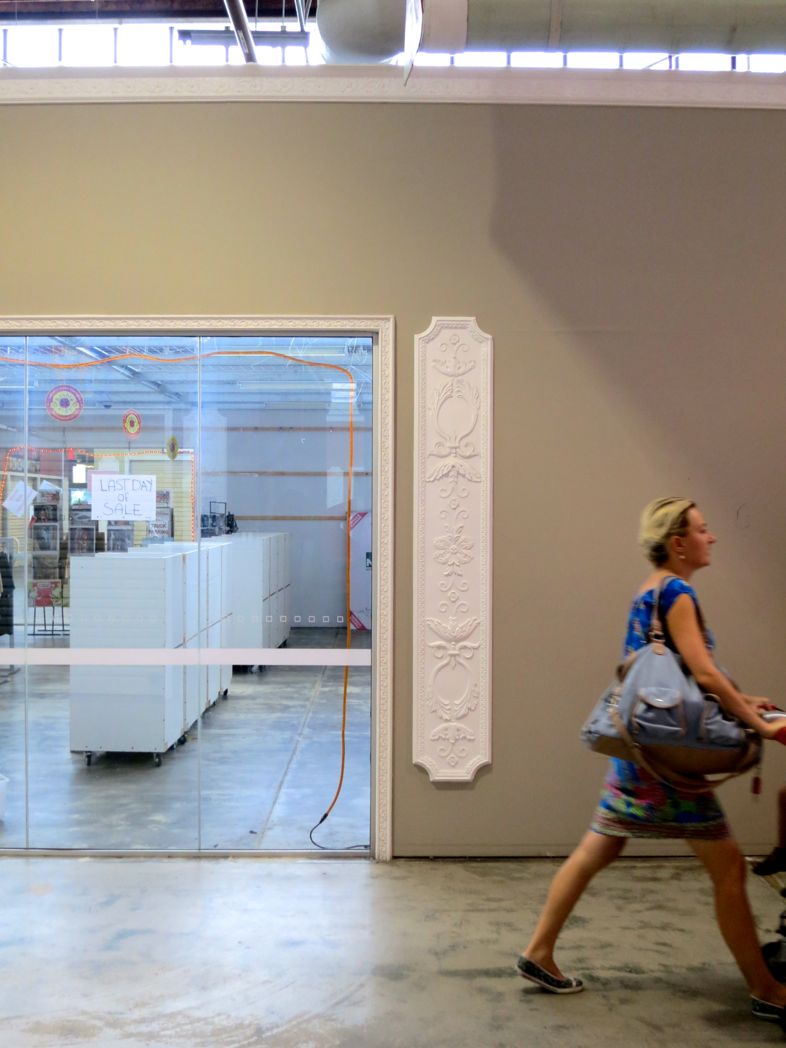 Because I was in the area I popped across the road to Morley Galleria, the regional shopping centre. Used to be my favourite. 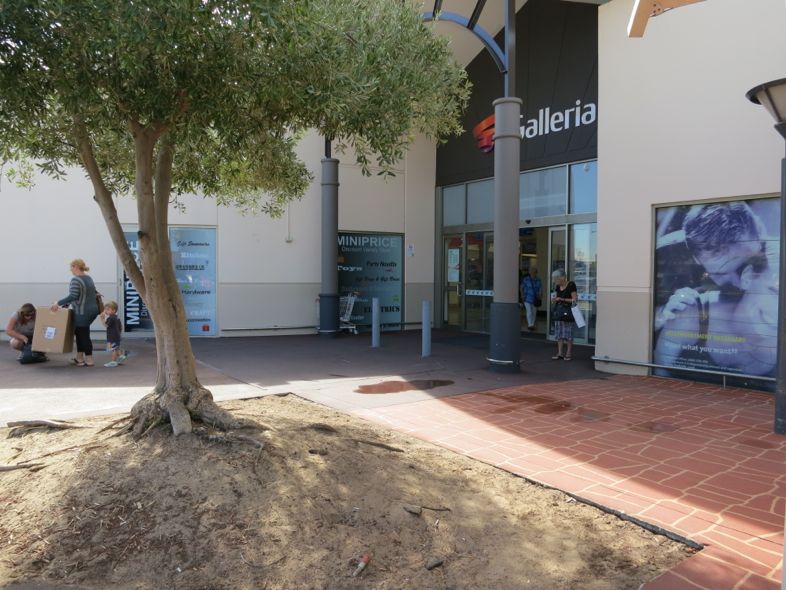 This is how tall a two-storey building should be. Really tall. 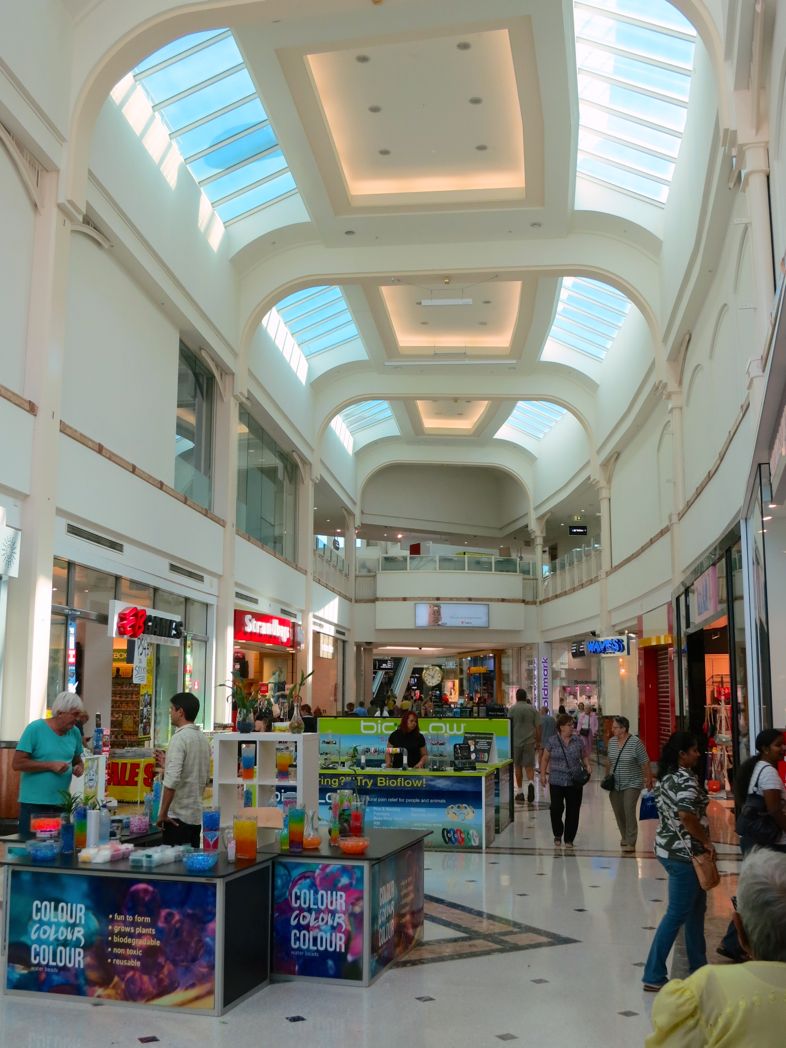 And what have we here? Noice. 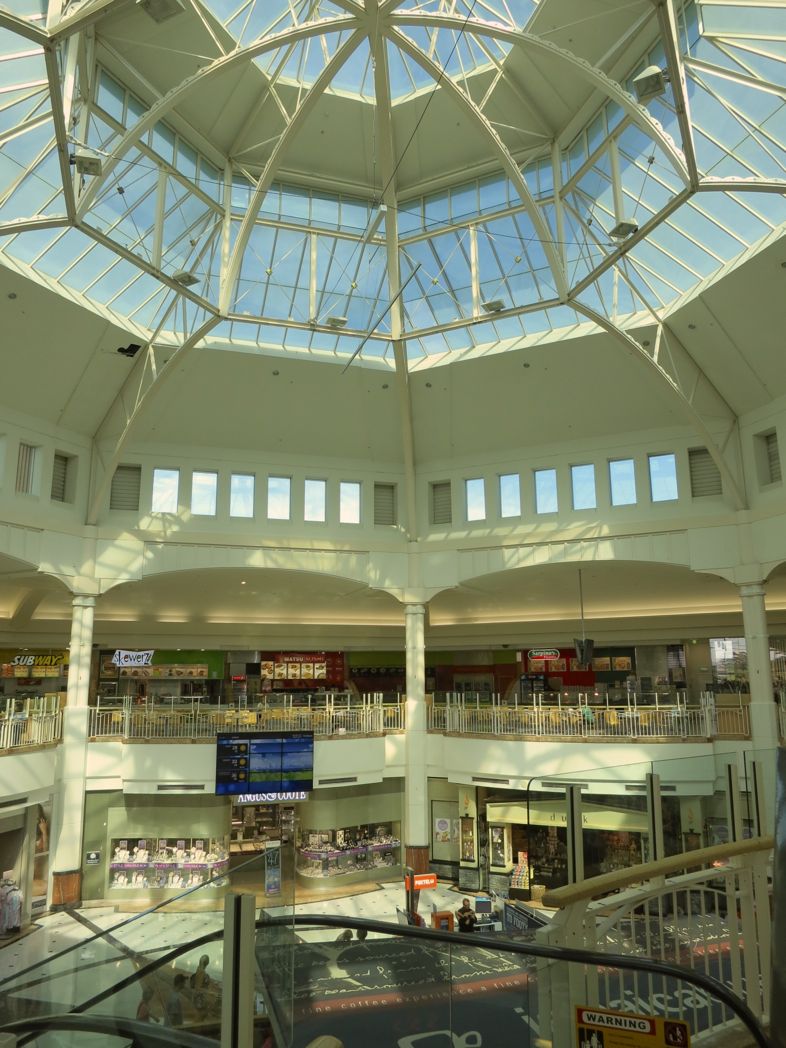 They should do weddings.

And here’s a tip. A vacant shop should still have a story. So, good one (below) 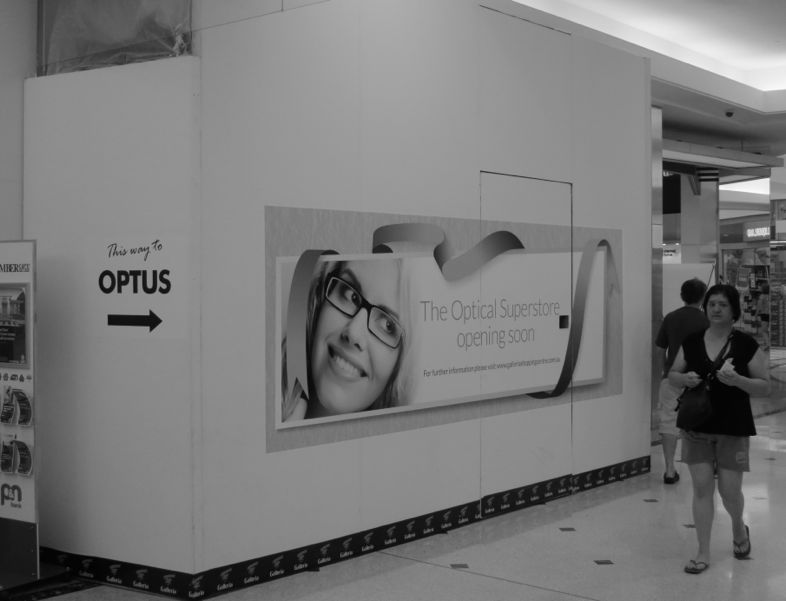 Every time I take photos in a shopping centre I begin to get stalked by security guards so I gave up and left.

And that’s just one difference between your mainstreet and a shopping centre.

Changes, Updates – Maybe Even Improvements – To The A Beautiful City Website 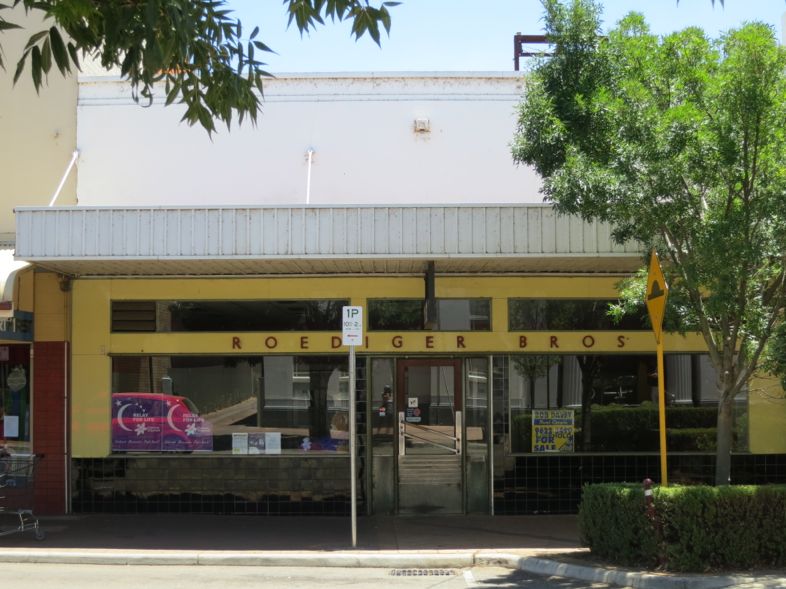 This Is How The Private Sector Pays For Community Development